Thought it was time I posted up something in the colour department and this is about as close as vintage colour sets get here in New Zealand.

Featured here is one of my Philips K9's. I have got a soft spot for these as I discovered and learnt all about colour tvs and their operation thanks to the service manual and a comprehensive training manual on the K9 which I got from a retired TV tech along with a whole heap of other service information.

I have lost count of how many K9's I have owned over the years, at one stage while still living at home I had close to 50 sets in one shed! At the time I was rescuing them from the dump and then I'd repair them and sell them on, it was a good little enterprise for a teenager and a good way to earn pocket money!
There's more text under the photos....I am finding it a pain with the blog edit page when adding photos they seem to plonk themseleves where ever rather than underneath the finished section of typing. 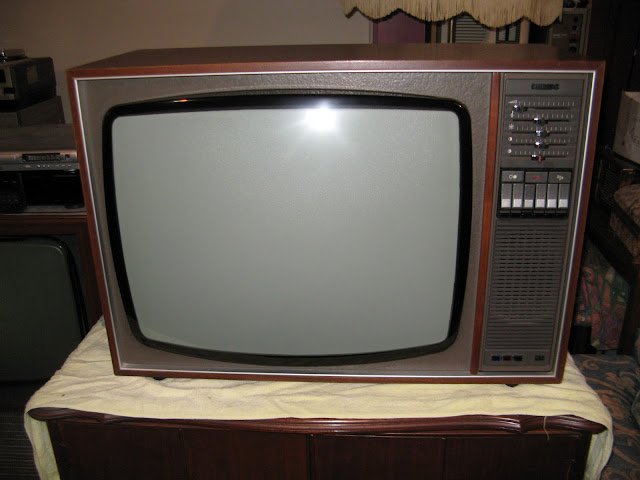 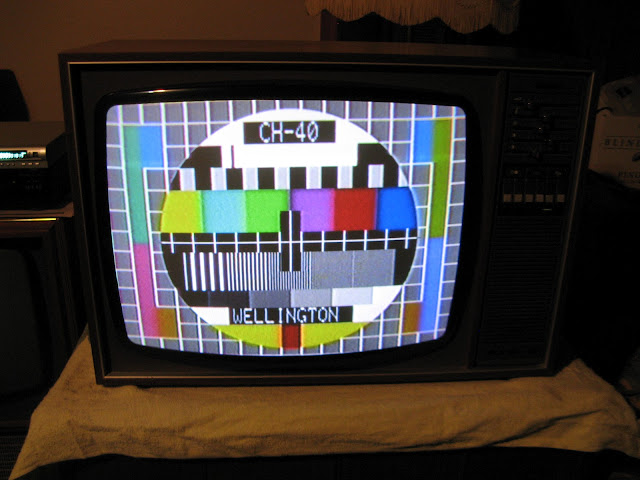 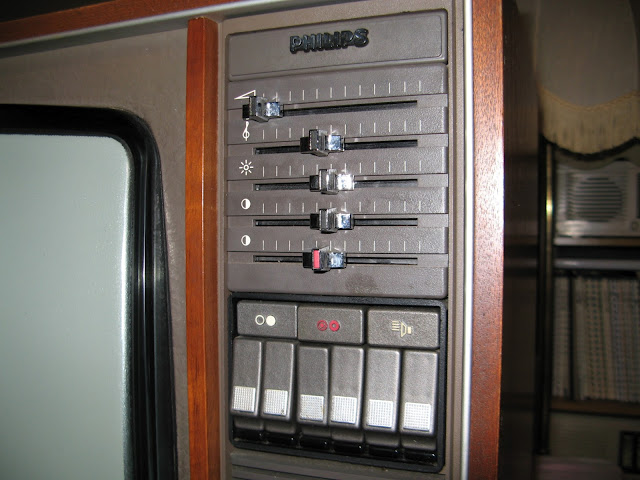 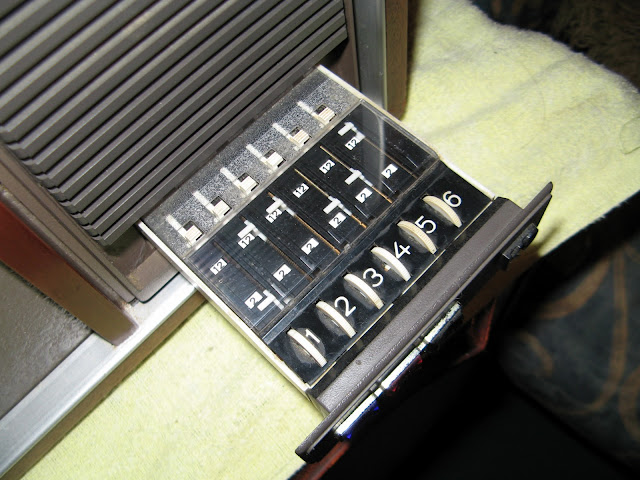 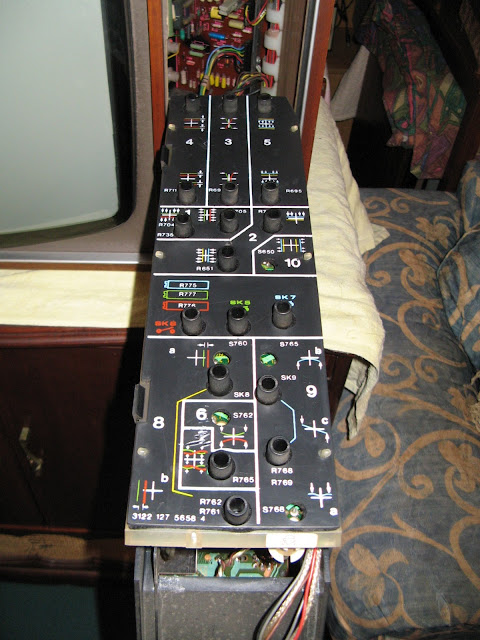 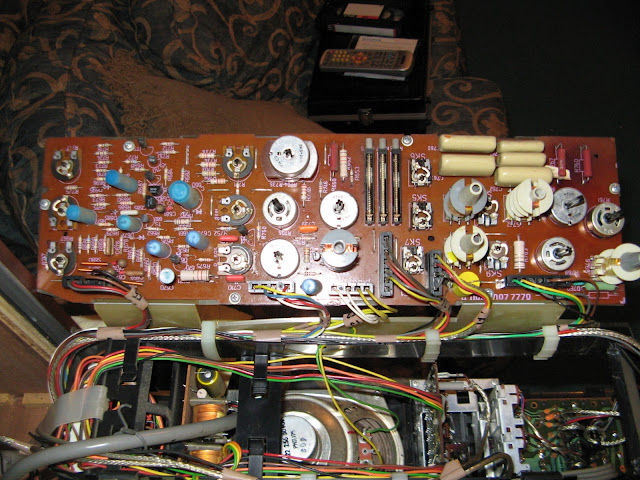 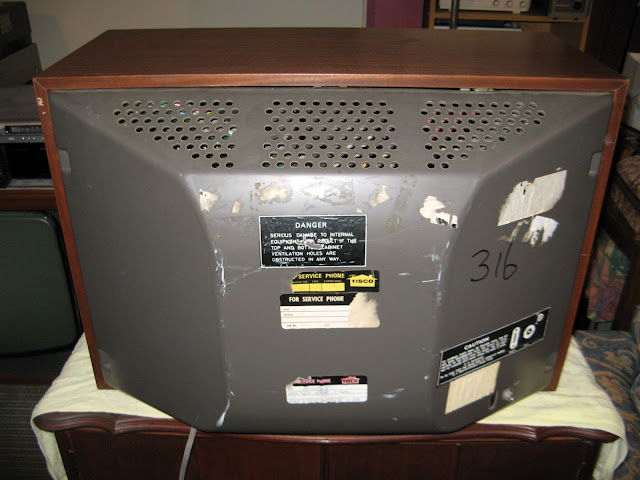 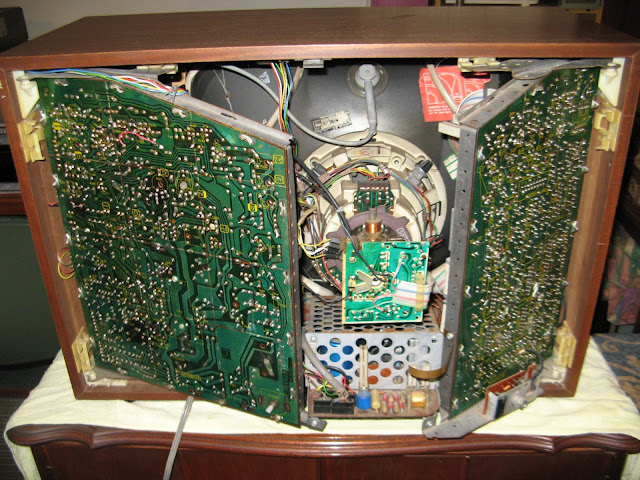 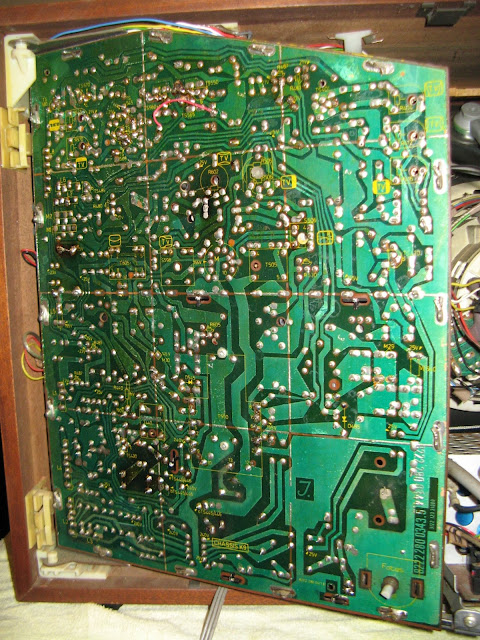 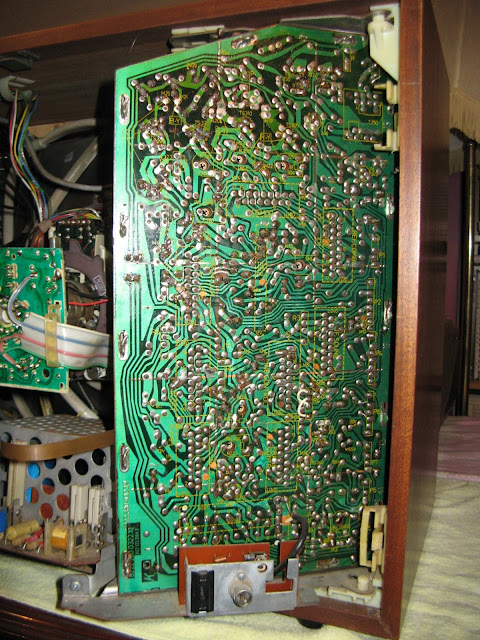 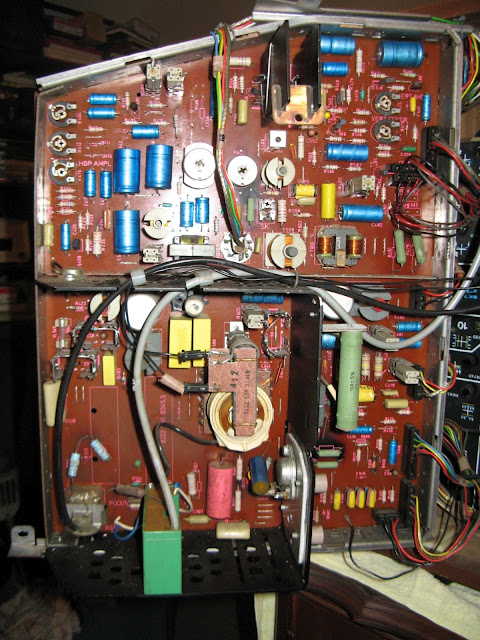 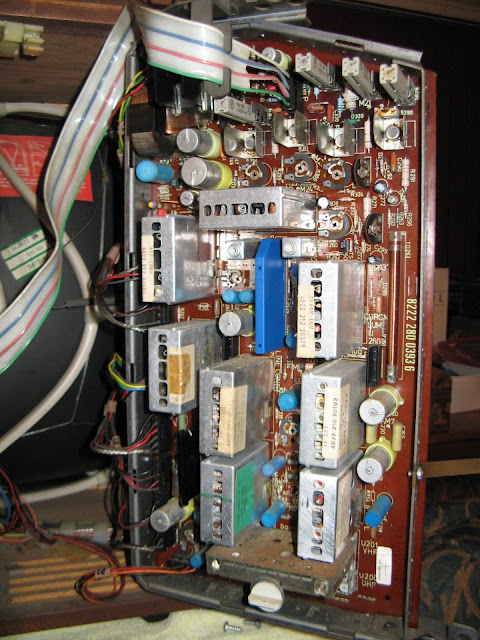 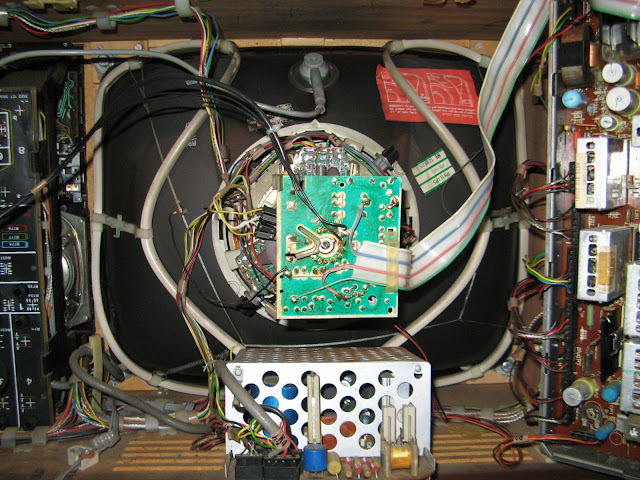 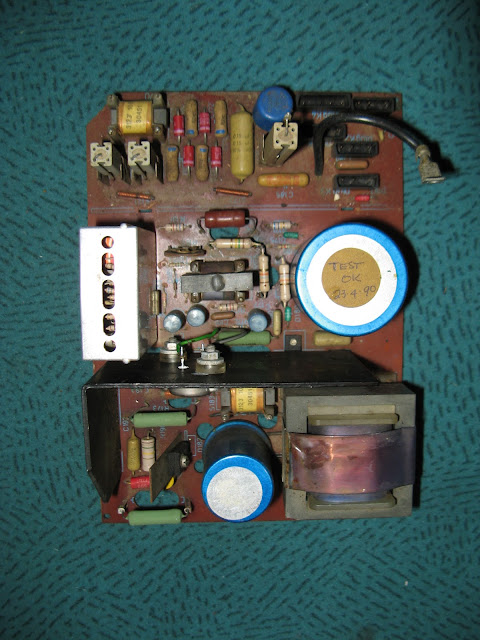 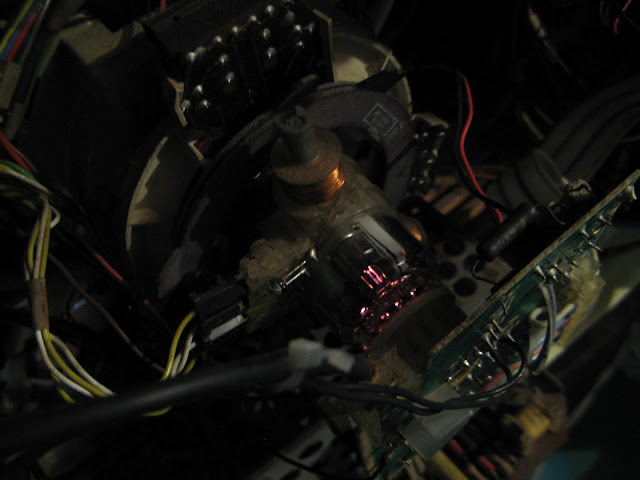 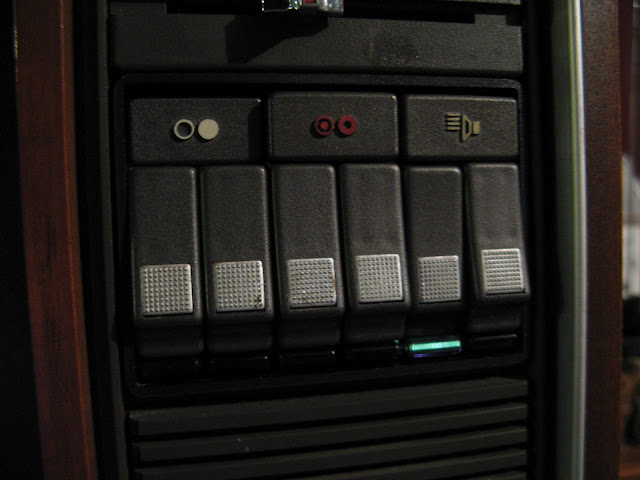 Before shifting a few years ago I still owned six or so but had to get brutal and thin the heard down so kept the best three and striped out the rest for parts. I have a heap of spare parts/boards/modules and a couple of new old stock 22 inch picture tubes.

A bit of history on the New Zealand version on the K9, this was based on K Series which is its European relation, the only difference being that the chassis is fully isolated and the IF/Tuner setup for NZ conditions.
These were manfactured at the Philips Factory in Naenae, Wellington and the first K9 came off the production line on the 1st April 1973, which is nearly 40 years ago!
Production continued until around September of 1977 and around 250,000 odd sets were made. The next set to be made was the K9 Mk 2 (K11 chassis) which had the new inline gun crt, this replaced the old delta gun tubes that were used in the K9's and earlier. There were never any hybird or valve colour sets manufactured here as NZ got colour transmisson 1974 just in time for the Commonweatlh Games.

This K9 is a 22 inch table top model is an earlier example having the slow heat A56-140X CRT. The tube is a bit tired but still gives a good watchable picture after a short while of running. These did have their fair share of routine faults, like all TV sets, one of the nastiest faults was when the 11n5 (0.0115uf) flyback capacitor in the line output stage went open circuit, the EHT would spike to over well over 30KV and would arc across and blow a hole in the CRT neck and kill the tube!  It was common practice to replace the original flyback cap with a modern new type when servicing. I got to know all the problems that these had and was good at fixing them, the first thing to do was to solder all the dry joints that plagued the boards in various areas, mainly where heat was generated.
I've always loved the hinged front panel for adjusting the convergence and the ease of servicing with these sets, the design was ahead of its time.

The K9 was and still is one of the best performing TV sets ever made. Get a good K9 and once setup and convergence all aligned the picture quality is stunning.

Hope you enjoyed the pics!