This is my first post for 2012 and the past couple of weeks has been rather interesting on the TV front as I've have managed to acquire at least seven more sets! Five were from a collector who wanted them to go a good home.
This is the first one out of the five and its the "gem" of what I brought home two days ago as finally I now have an English assembled Pye!
The cabinet on it is totally stunning in regards its look and the deep gloss finish on the outside.
Turns out that this was actually made by Ekco and was rebadged, so its not really a a true "Pye" but close enough for me.
It appears to be an export model from what I can tell and has series wired valves and no mains transformer, is live chassis.
Apart from the dust inside, its all original and virtually untouched from what I can tell and I reckon this thing hasn't had much use either as the picture tube tests 100%, one of the best I've seen in a while on my tube tester.
There are a lot of capacitors to be replaced though, Hunts and TCC waxies all the way through. I will be changing the crucial ones in the flyback section before applying any power as the last thing I want to do is damage anything major like the LOPT. Once I have that area running I can then see what the rest of it is like.
Just some photos for now will update this as I work on the set. Just love that cabinet!

Update 7/6/2013  - After some requests by a member from the UKVRR forum for some photos of the IF board/component/valve layout and a recent long weekend, I decided to have a go and getting some life out of this via some gentle mains power.

So I swung the the thing around, removed the back and refreshed myself with its innards....Hmm.... look at all those Hunts/TCC's scattered about the place.  I decided to replace three caps to start with, a TCC near the flyback on the board that had obvious signs of heat/stress, another by the PL504 and one up on the IF board next to the EF85 that broke away when I looked at it in a funny way.

Didn't see a mains filter cap lurking anywhere to go 'bang' so I plugged it into the variac at about 150 volts flicked the switch and waited...not much happened initially, but after a short while rustlings were heard from the speaker, then I increased the mains up to around 200 volts....That woke up the vertical which followed by some arcing noises coming from the flyback area...A quick glance at the DY87 revealed a purple light show inside which meant that valve had succumbed to some misfortune.

With a new DY87 in place, we switched on again and this time was greeted with a compressed raster on the screen... A bit more mains and next minute we had off station noise from the audio so I played around with the channel selectors and managed to get an actual picture!

So not bad for a first attempt and considering the rest is pretty much original, I know it needs work and a total recap, the vertical will be the first area I'll tackle as the picture shown is with the height pot maxed out. Was checking some of those little dog-bone resistors and a few seem to have gone high, so I guess this will be another long project, again will just pick away at when time allows. See Photos added. Thats all for now. 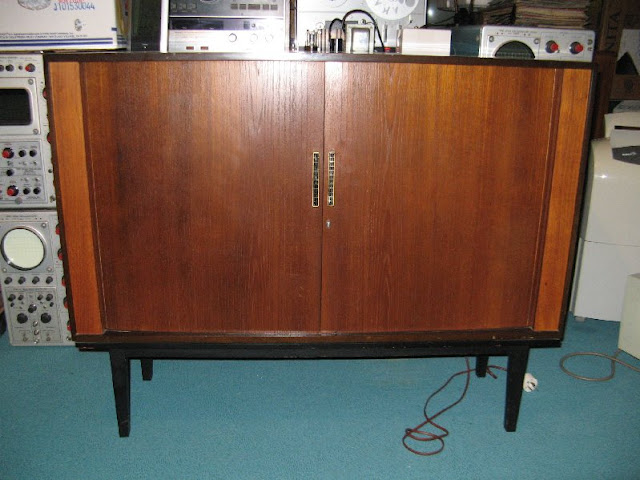 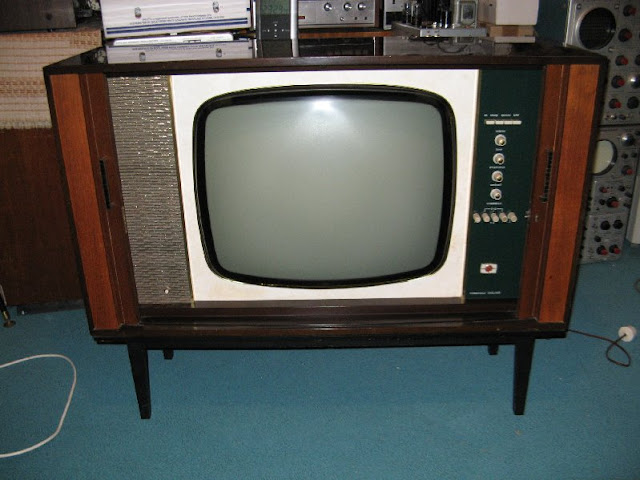 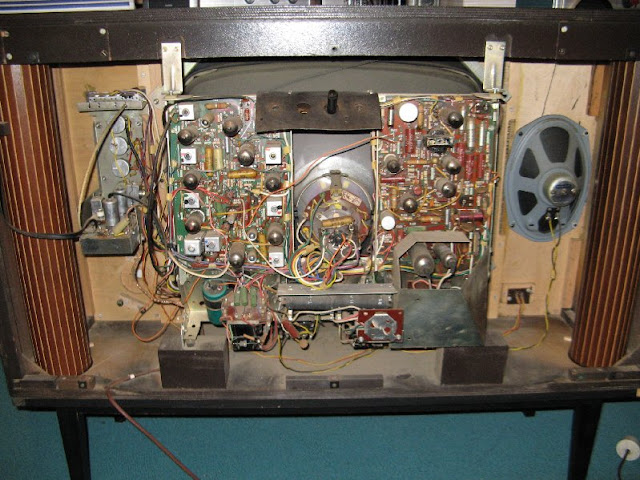 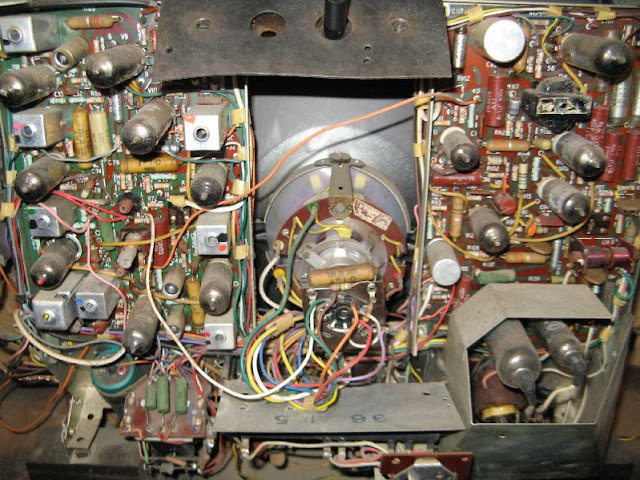 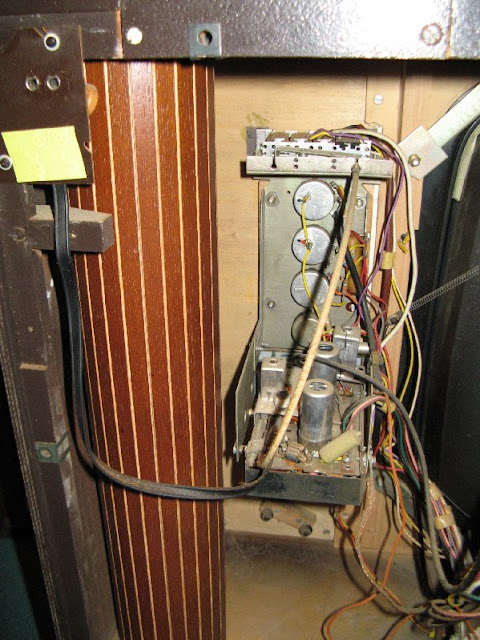 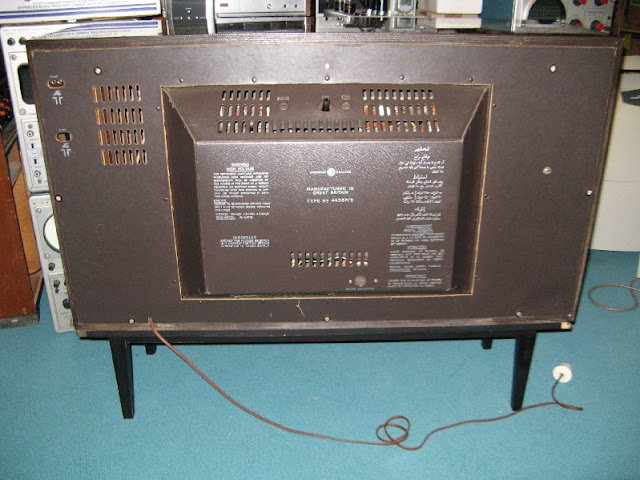 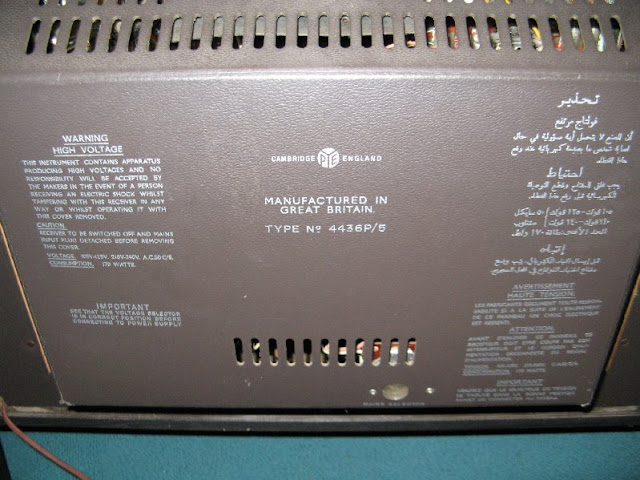